This evening I started on getting the rest of the red in the Wrigley Field Marquee and color blocked the Go Cubbies text in signs message space.

Jerry arrived and spaced out the retired player flags across the top. We then teamed up to paint the upper half in and letter in Cubs legends Ernie Banks, Ron Santo, Billy Williams, Ryan Sandberg, Greg Maddux and Fergie Jenkins.

After Jerry left, I continued work on outlining the mural’s two logos and then applied some ghosting and splatter techniques to distress the logos.﻿ 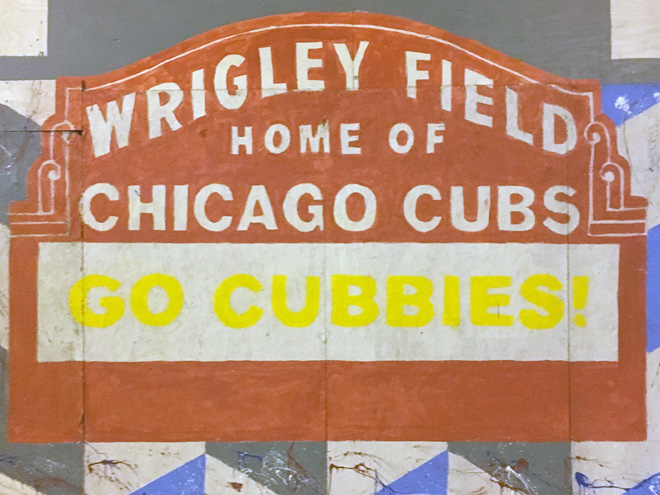 Working in the rest of of the Wrigley Field Marquee 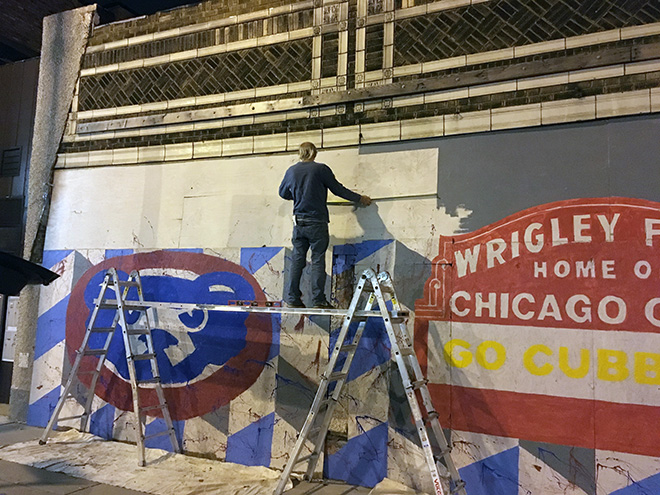 Measuring out the retired player flags 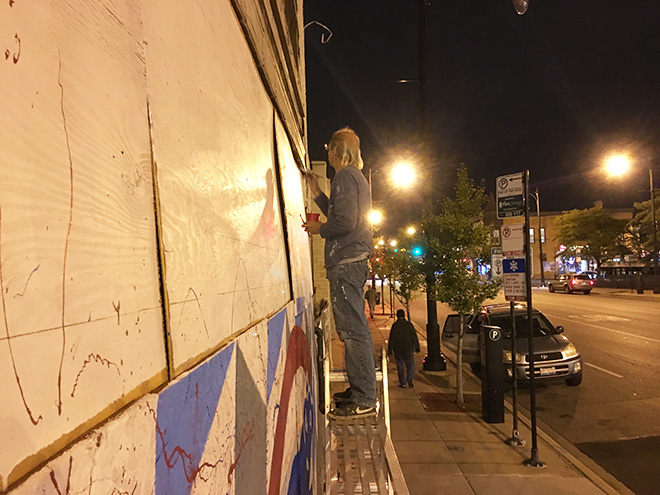 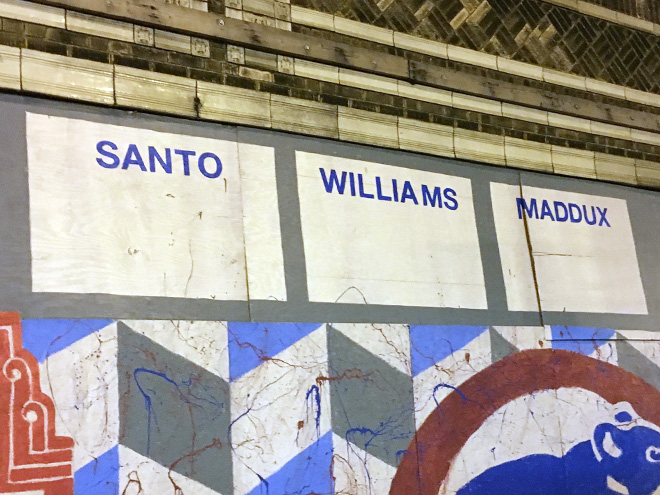 Final lettering for retired Cubs players Santo, Williams, Maddux on the right side of the mural 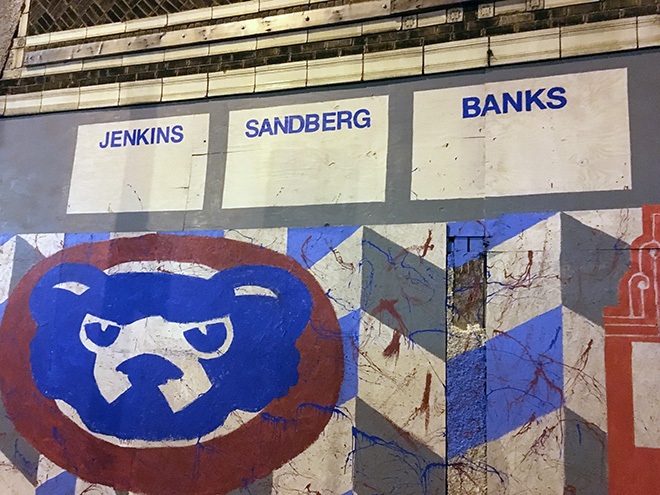 Final lettering for retired Cubs players Jenkins, Sandberg and Banks on the left side 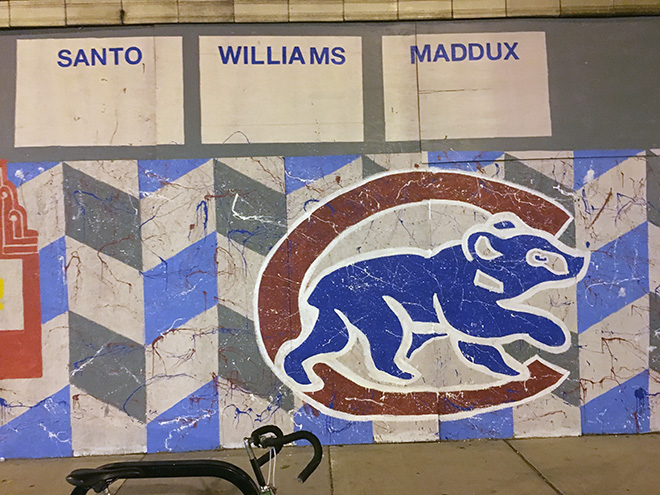 Outlining and stylizing of the walking bear logo 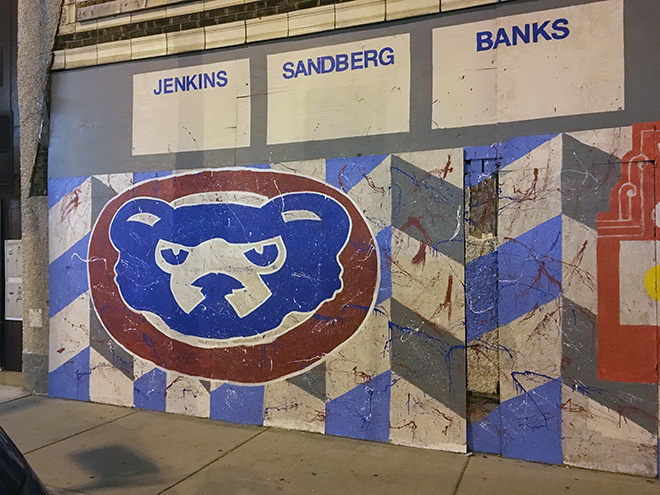 Outlining and stylizing of the cubby logo 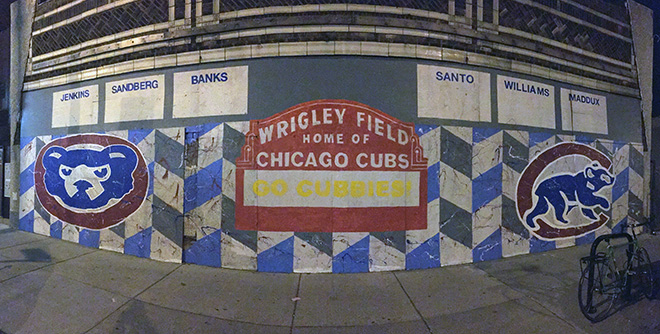