Day 9 at the Whoot mural in the community of Avondale on Belmont between the Kennedy Expressway exit ramp and Kedzie Avenue.

I focused on filling in the 70 or so circles with unique patterns while fellow artists Jerry Rogowski, Cyd Smillie and Shannon Kemp came by to fill in the murals deep purple background.

Polvision came out to do an interview and news feature piece on the mural and with Jerry and I. Something tells me they will feature Jerry’s session as he is fluent in Polish

Big thanks to both Shannon, Cyd and Jerry for pitching in with their time and talent. 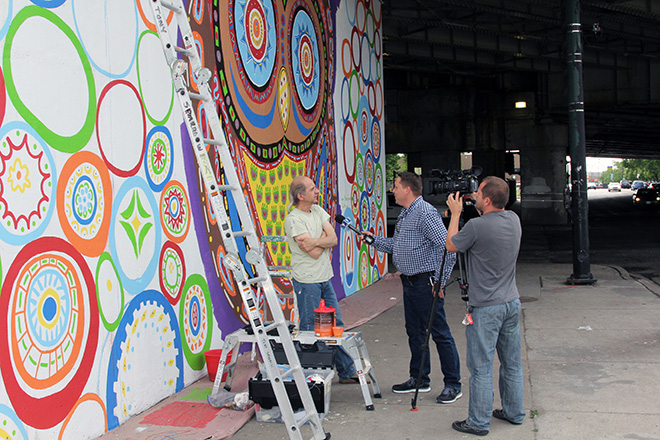 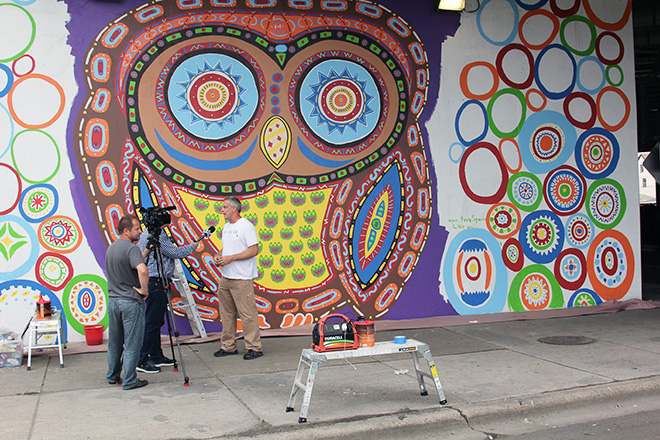 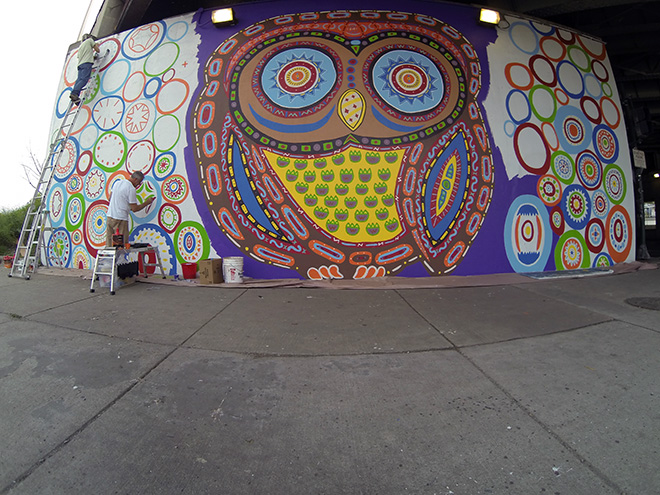 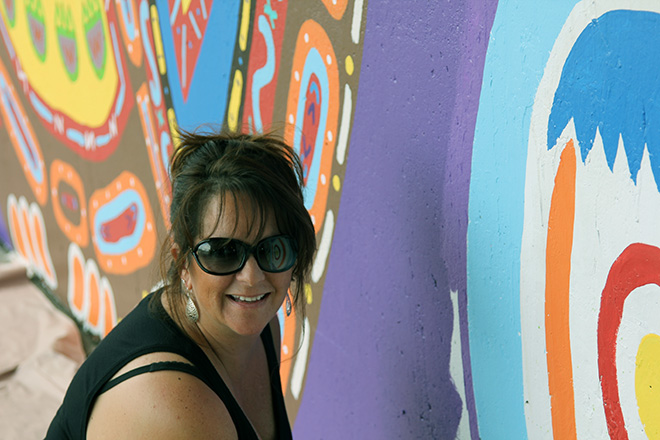 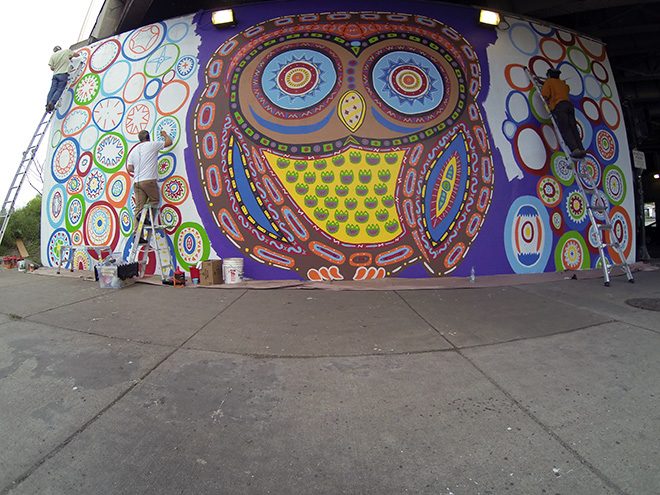 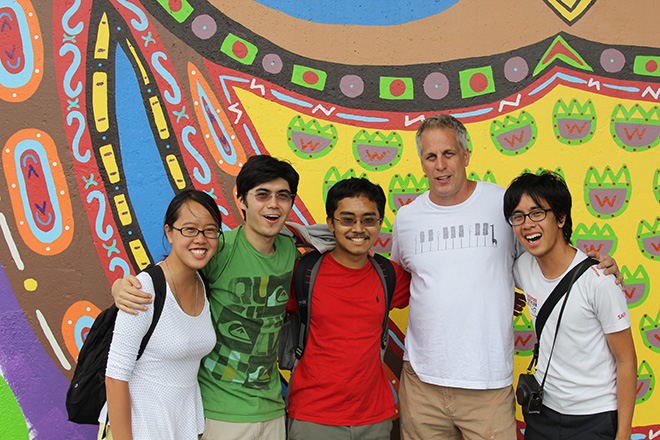 These four folks are visiting Chicago from California. All students at Stanford and by my chat with them I got to say I have a positive vibe for the future 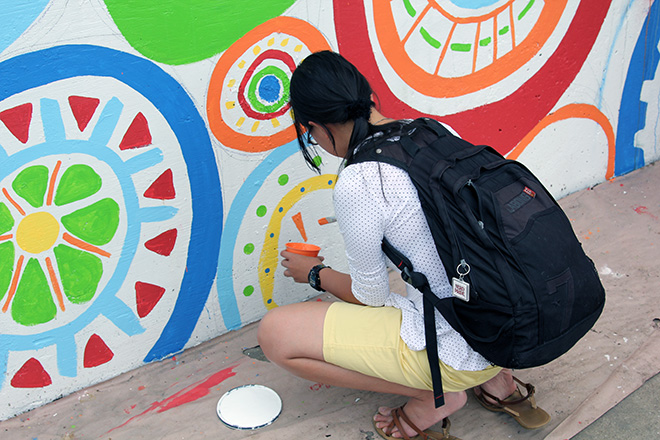 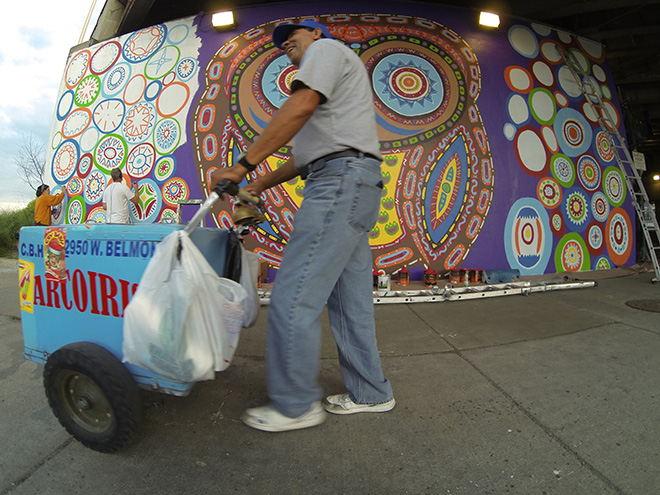 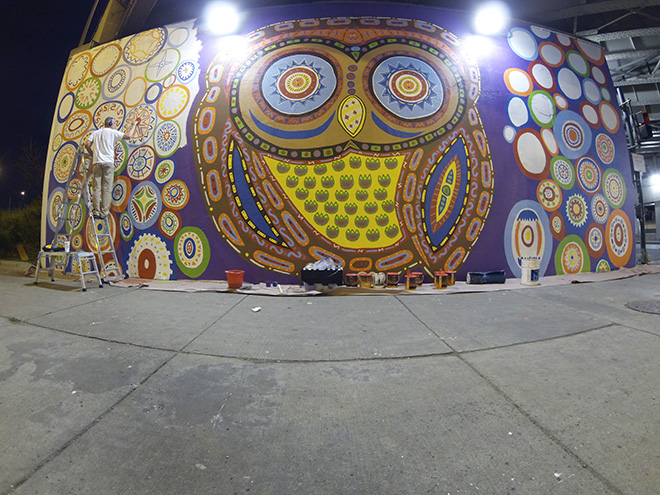 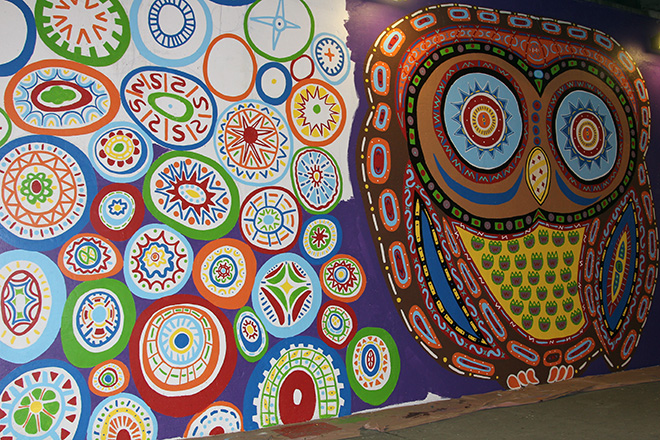 End of day sidewalk view from the left 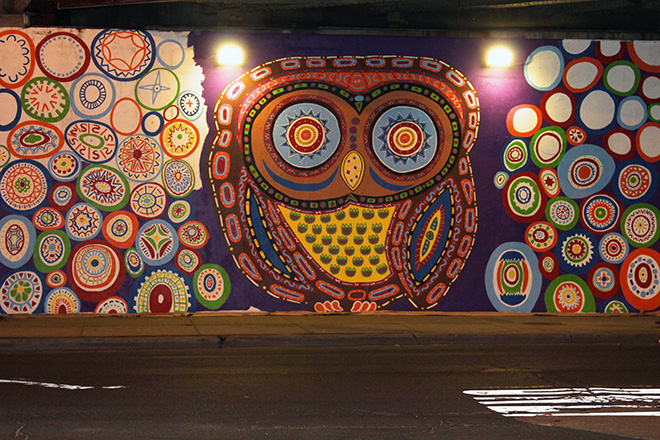