Day 8 at the Whoot mural in the community of Avondale on Belmont between the Kennedy Expressway exit ramp and Kedzie Avenue.

Rain delayed the start but once it broke I was able to jump and move closer to getting the detail finished in the owl.

Later in the evening fellow artists Jerry Rogowski and Cyd Smillie came by to flank the walls with circles and I began to start putting unique patterns in each circle. I have my work cut out for me.

Also had a visit from neighborhood historian Daniel Pogorzelski who was kind enough to lend me a hand in breaking down for the night. 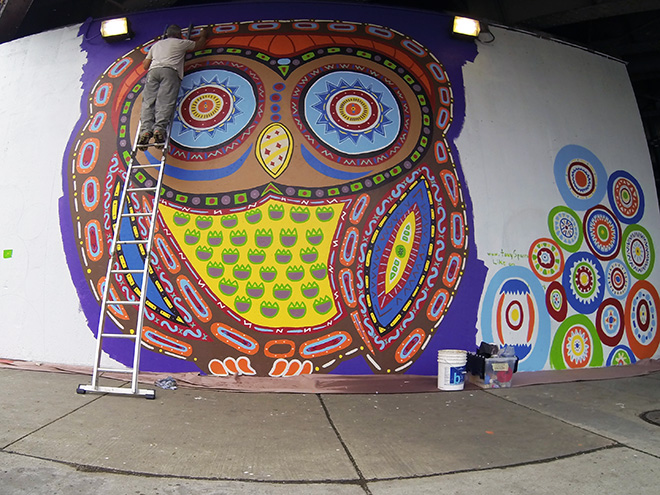 This kind of stuff does wonders for my fear of heights 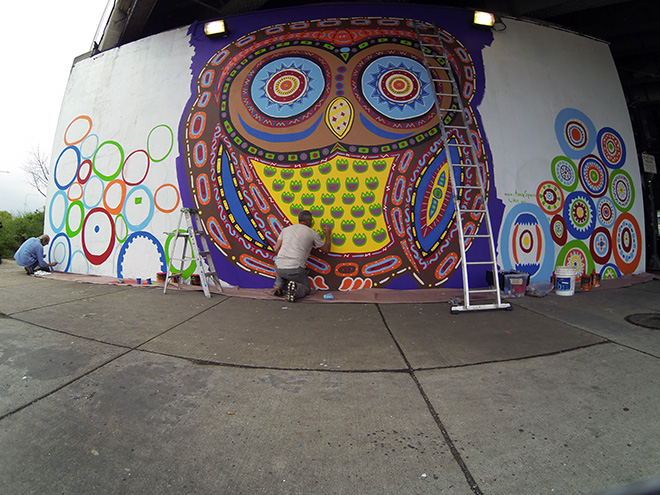 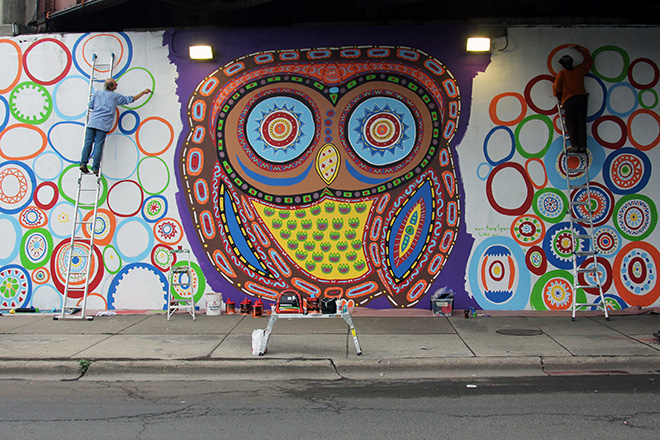 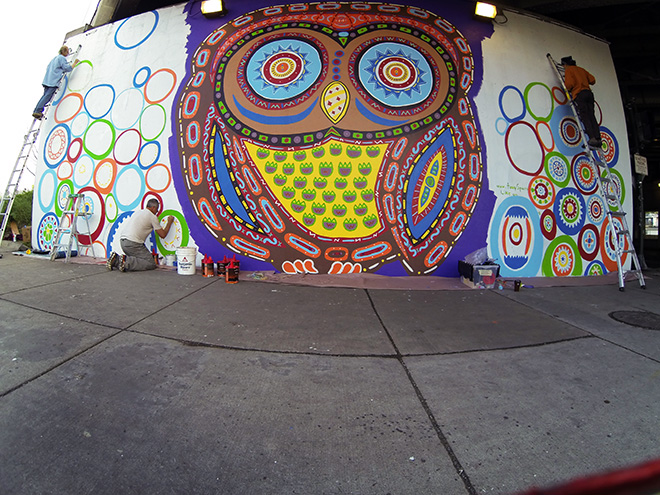 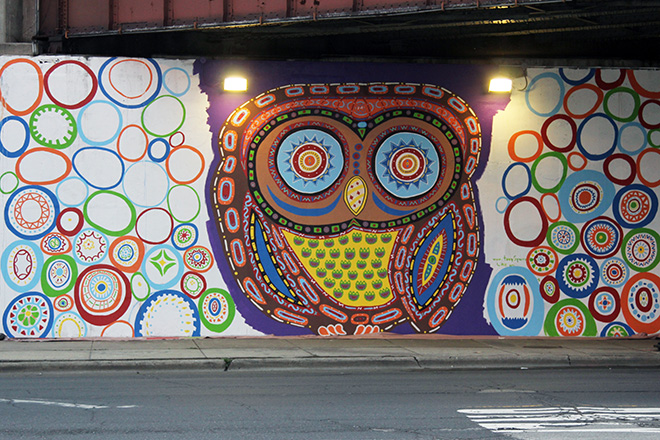 End of day view from across Belmont 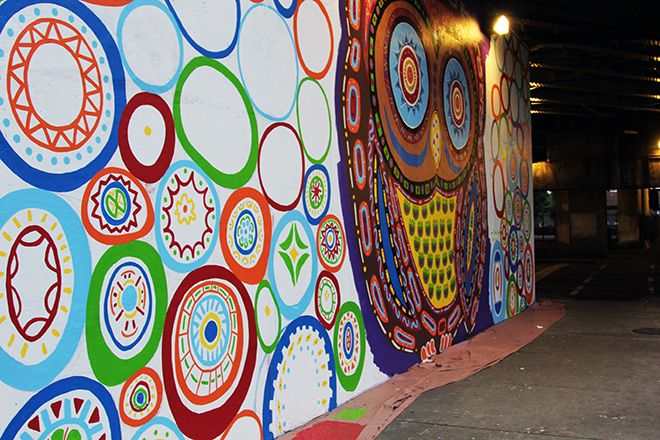 End of day view from sidewalk approaching from right 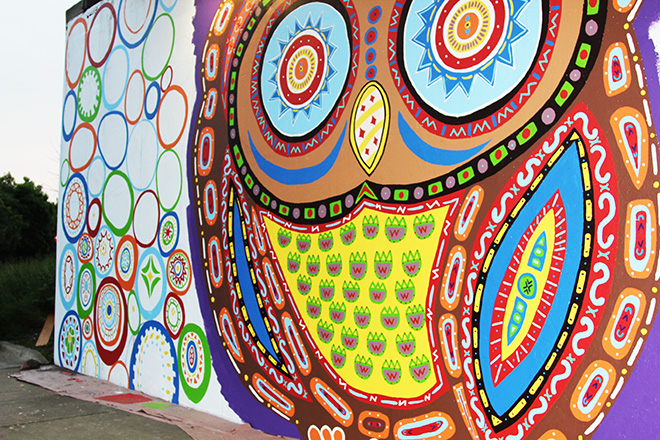