Day 4 at the CrossCuts Mural located on Addison Avenue between the Kennedy Expressway exit ramp and Avondale Avenue.

I arrived at the site super early to survey the wall and plan out a course of action for the day. The mural location is usually a spot of hustle and bustle but as today was the morning after our nation’s birthday celebration things were very quiet which allowed me a chance to reflect on how far all the talented artists contributing their talent have taken this project in three short days. As you can see by the early morning shots impressive progress has been made.

It was not long before artists started arriving and things got buzzing real quick.

Cyd Smillie anchored her ladder and climbed to the highest part of the wall to begin to tackle the circle on panel 2.

Juan Carlos jumped into finessing the higher parts of panel 2 and was soon joined by Annalis who worked in the detail of the lower parts of the panel.

Shannon Kemp Passero took charge of detail and final cleanup on Panels 3 and 5.

The Satrun sisters Catherine and Sarah checked in and picked up on their work on Panel 9.

Jerry Rogowski began shaping and firming up the larger circles and overlaps across the entire mural as well as doing all the cut in on the drip edges and conduit. I believe by the end of the day he logged nearly 100 up and downs on a ladder.

Lizzette Aguilara arrived and set to task on completion the leave design on panel 7.

A bit later in the morning Piotr Wolodkowicz and Grace Bazylewski checked in and began work on the main flower design of panel 7.

Daniel Pogorzelski showed up and began doing a second coat on the lighter colors of the mural all the while working the phone and his email to provide the day’s crew with lunch.

Cyd had to depart mid afternoon but her absence was filled by Jonathan Herrera who was assigned to work in tandem with the Saturn sisters on Panel 8.

Lunch was graciously provided by the Illinois State Senate Iris Martinez. It came via the Red Apple restaurant who provided us with delicious fresh sandwiches and sugar cookies or as I learned from Piotr, Grace and Daniel to say in horrible attempt at speaking Polish Kanapki and Ciasta kruche.

Jonathan and Jerry soldiered on joined by Siobhan Kealey who came out for her first day on the mural and began to work on Panel 9 with Jonathan while Jerry turned his attention to continue shaping the upper circle on Panel 2.

Tomorrow I hope we can get the main wall completely filled in and begin work on the drafting color blocking of the side panels and final detail. 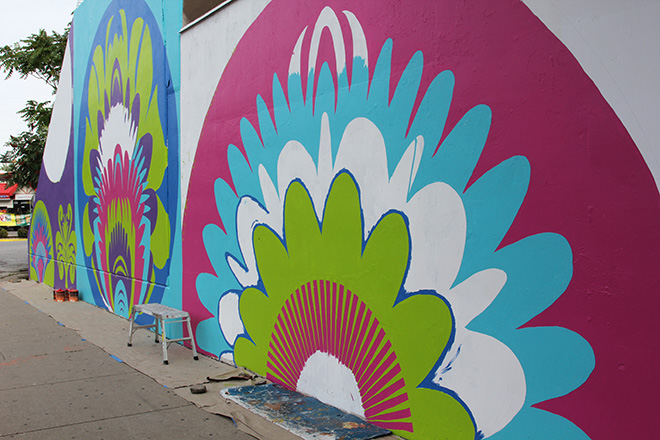 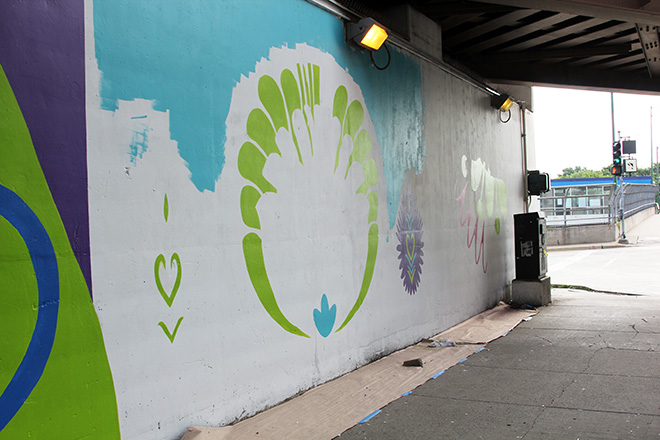 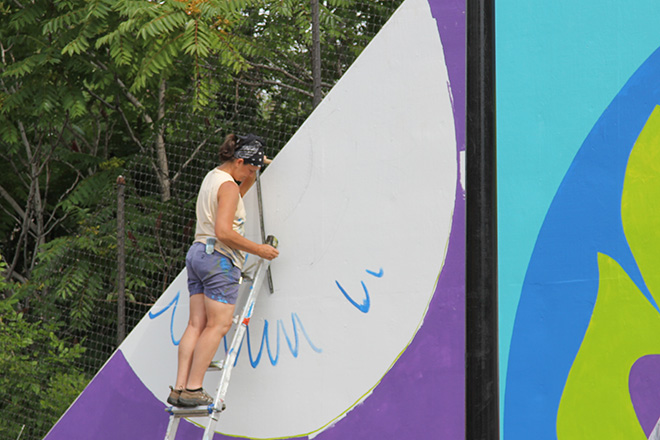 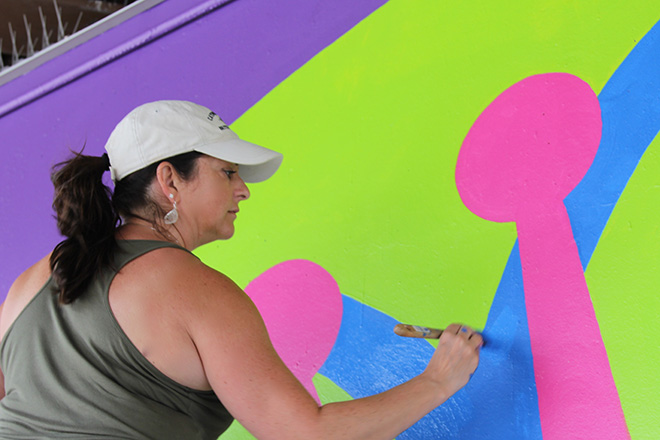 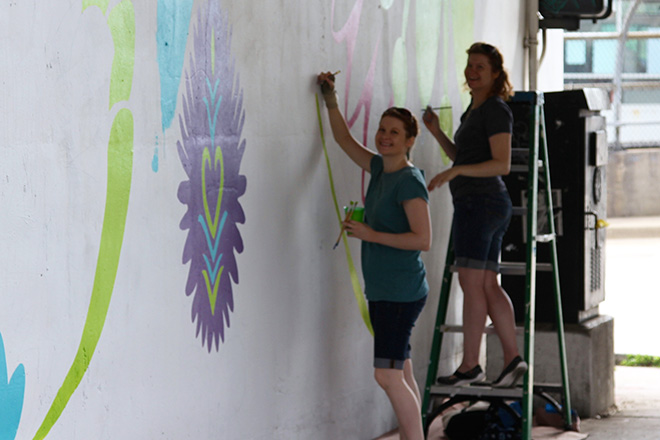 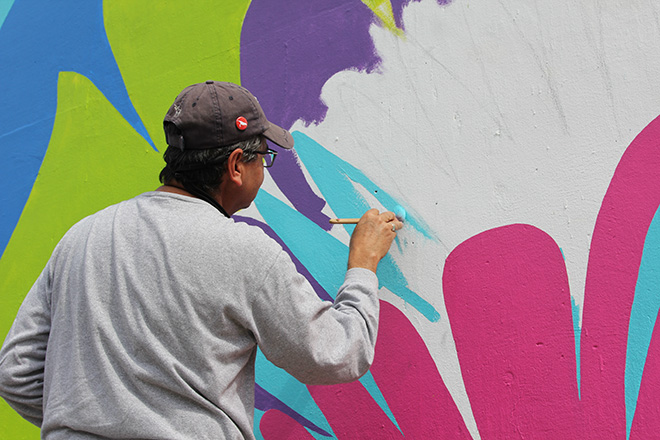 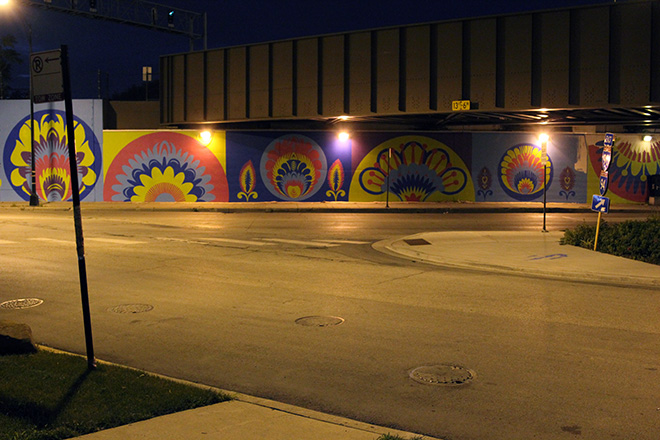 End of Day View from Across Addison