Day 3 at the CrossCuts Mural located on Addison Avenue between the Kennedy Expressway exit ramp and Avondale Avenue.

I met up with the first wave of artists which included Cyd Smilie, Shannon Kemp Passero, Juan Carlos Frias, Maria Guasso and Jonathan Herrera from Day 2 along with Victoria Granacki, Annalis DeLaCruz and Grace Bazylewski.

Victoria and Grace focused on working Panel 2. Cyd worked on the higher parts of Panel 3 while Jonathan worked on the lower part. Shannon continued her work on Panel 4 while Maria, Juan Carlos and Annalis continued on the work of Panel 6.

Lunch was graciously provided by the Villa Neighborhood Association. Maria, Shannon, Victoria and Cyd departed after Keith Pollok and Lizzette Agnilar joined as part of the second shift. Lizzette began work on the panel 7 with Jonathan moving over to join her. Keith began color filling on Panel 5 with Grace slotting over to aide him by working on line detail.

A short while later Piotr Wolodkowicz and Jerry Rogowski checked in early. Piotr continued his work on Panel 5 while Jerry crafted a unique large scale compass to give real shape to each of the panels main circular elements now that a large part of the artwork is roughed in.

We had a special guest stop by and were honored to have legendary Chicago Fire and Costa Rican National team defender Gonzalo Segares come out and join in the painting. Gonzalo stopped by after team practice and jumped into the fray working on panel 5 when he was not being asked for photos and autographs by commuters and participating artists.

Later in the evening Daniel Pogorzelski and Jan Wiktor Soroko checked in and were tasked with rolling the large swatches of background color on panels 3 and 5. Shortly thereafter the very talented Saturn sisters Sarah and Catherine came by and began the outline and early fill in work on Panel 8.

Work for the team wrapped around 10:30 or so. I elected to stay out later and do some outlining on Panel 3 and Daniel stayed behind and kept me company. He and I broke down and packed up around 1:00 AM

As it stands right now every panel on the main wall is well on its way to first draft and I’m aiming to have main wall completely filled in allowing us to spend Sunday on fine lines and detail work and maybe get started on the side panels. 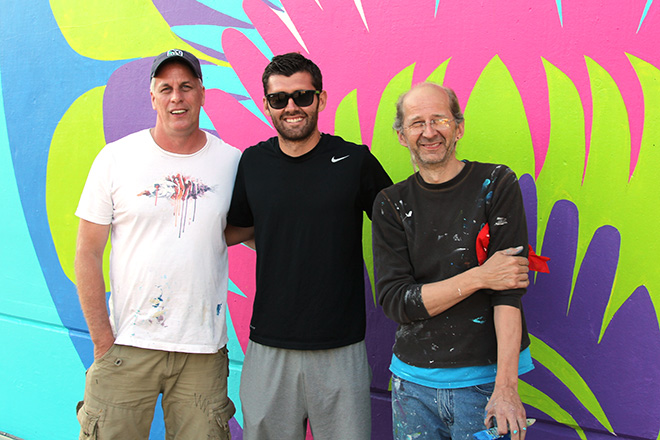 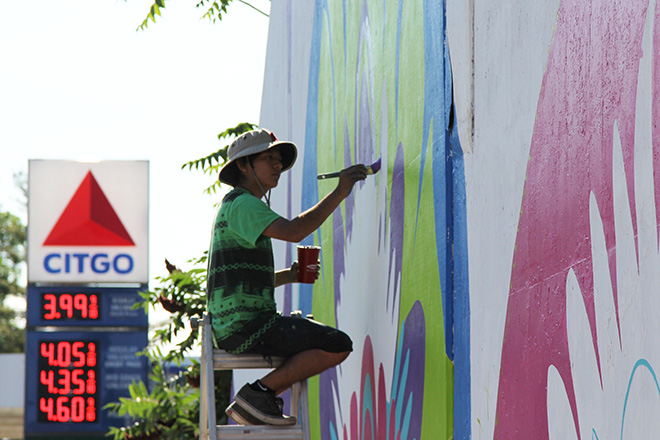 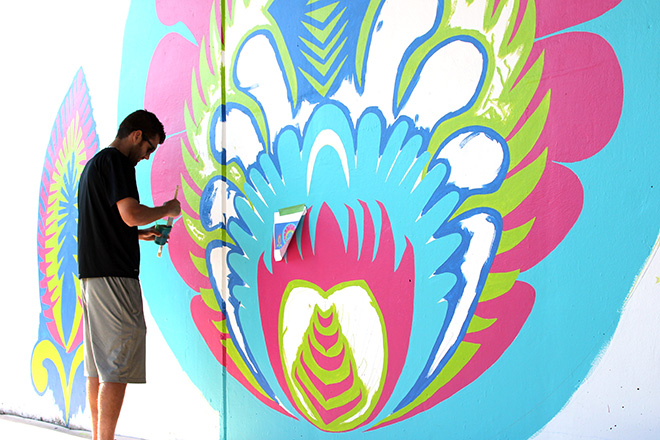 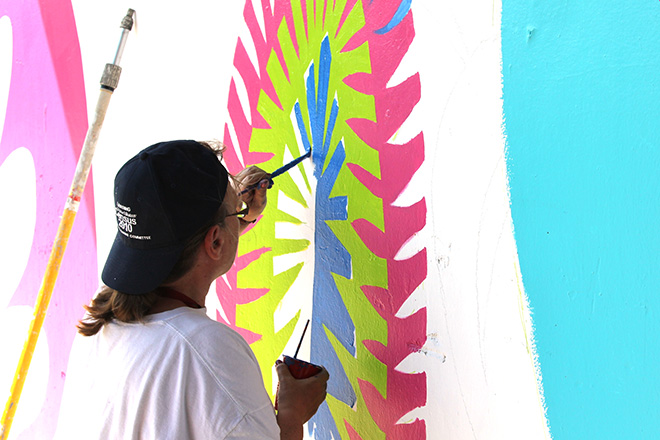 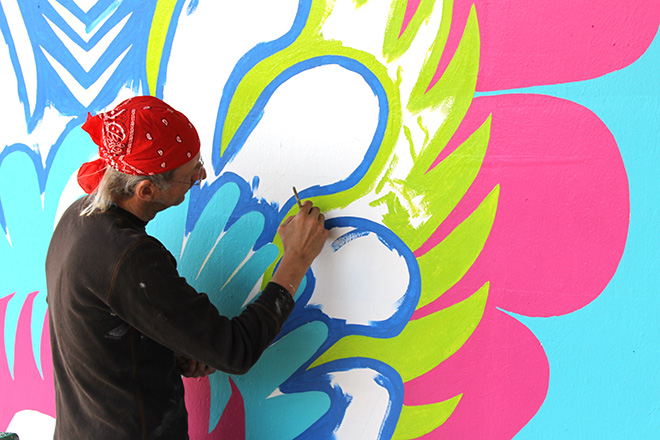 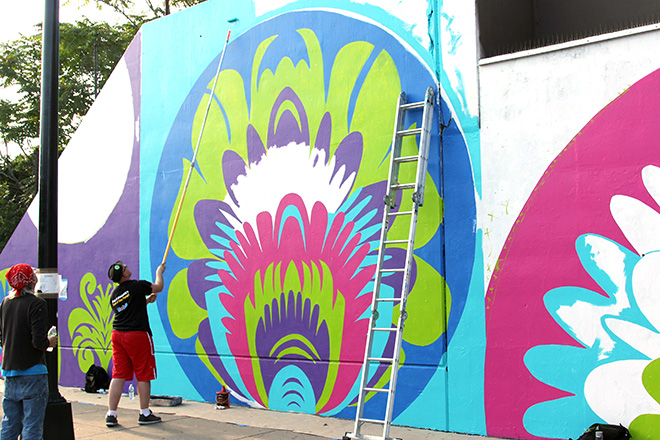 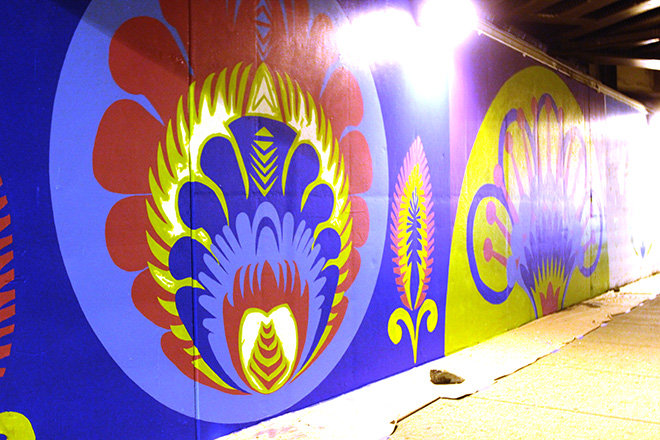 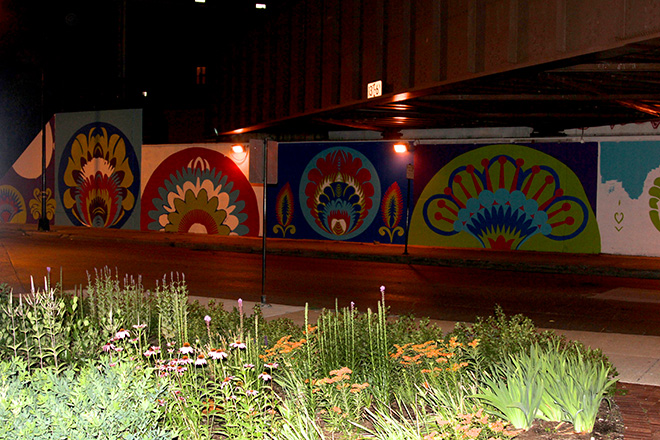 End of Day View from Garden