I started on finishing off the Wrigley Field Marquee by filling the Go Cubbies in the sign’s message space.

We then applied the numbers in the retired flags for Ernie Banks, Ron Santo, Billy Williams, Ryan Sandberg, Greg Maddux and Fergie Jenkins. 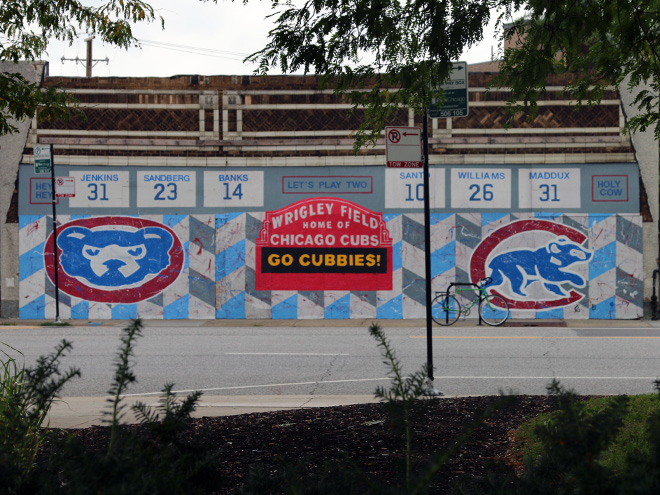 View from the bench across the street 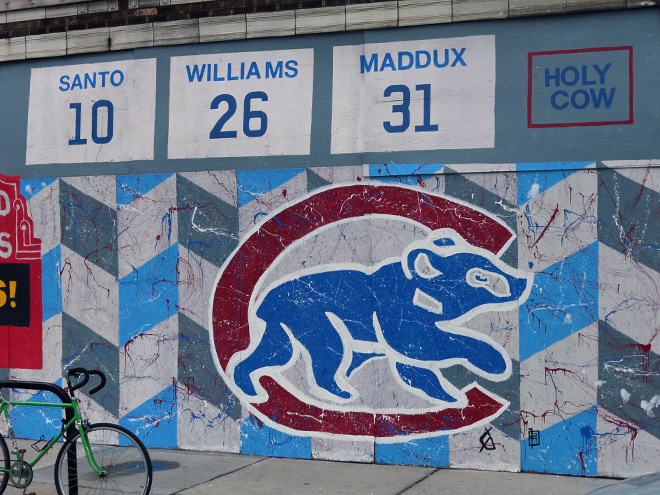 Closeup of the Cubby logo 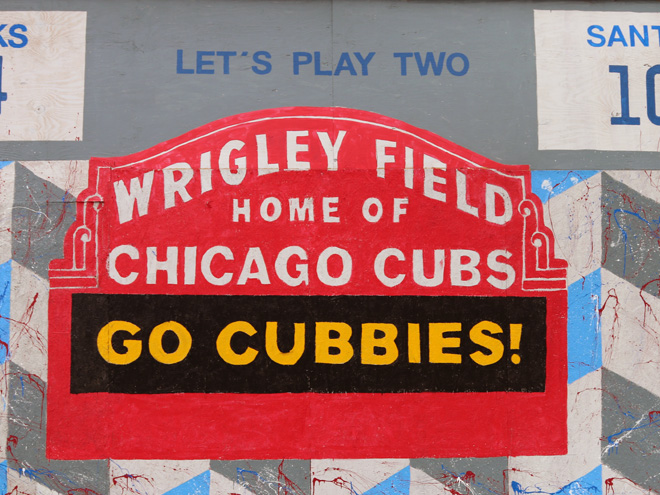 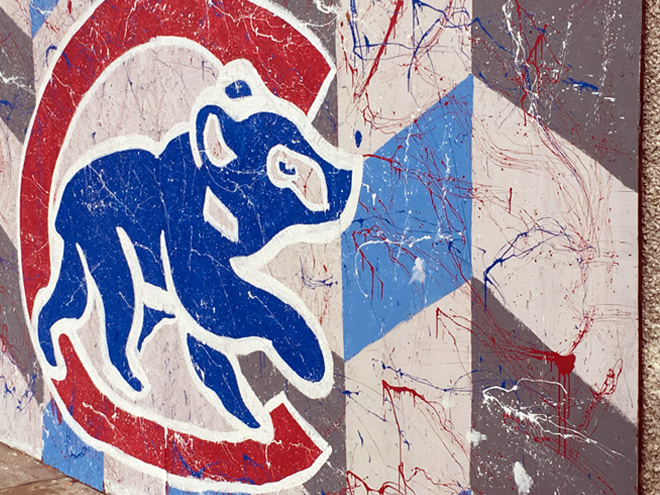 Closeup of the Walking Bear logo 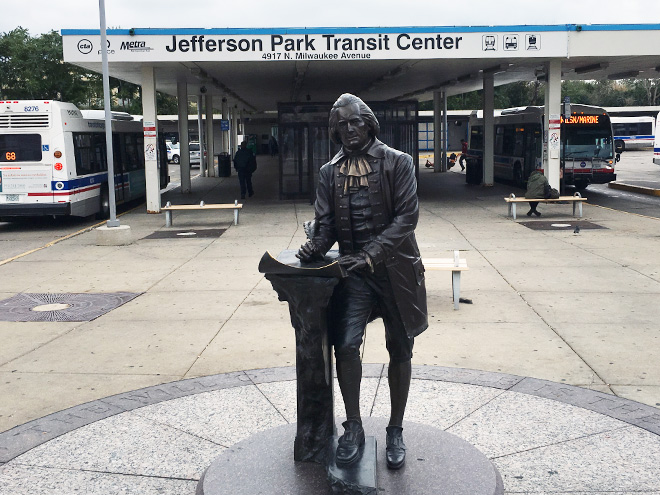 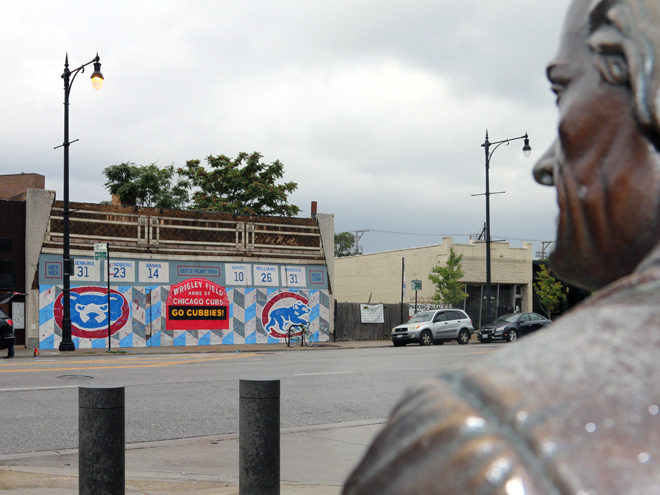 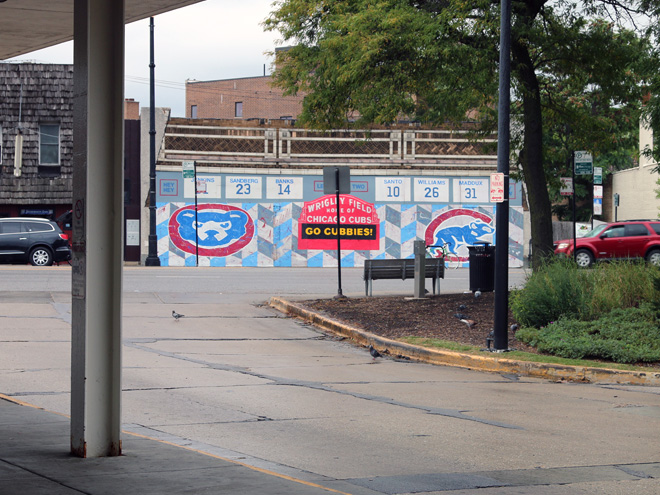 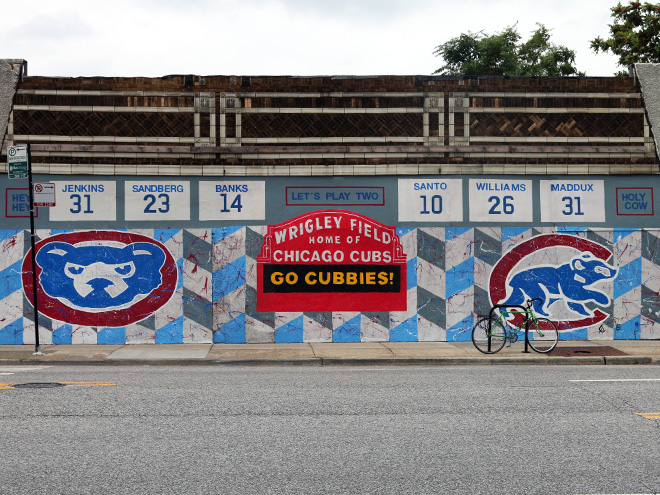