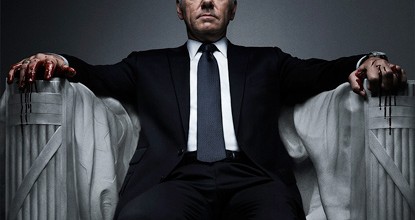 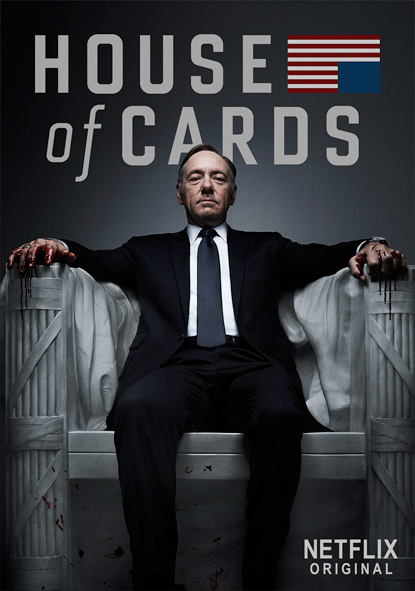 NetFlix follows the path of the cable networks and takes the plunge into developing original content.

If their further efforts are as solid of that as House of Cards they will soon be a major player.

Based of the BBC miniseries of the same name the original BBC version was based on a novel from British author Michael Dobbs.

The first two episodes of House of Cards have director David Fincher sinking his teeth deeply into the tone and atmosphere set by writer, executive producer and showrunner Beau Willimon to great effect.

Kevin Spacey is back on top of his game playing Francis Underwood, the calculating Southern politician who manipulates the levers and flip the switches that keep the gears of  Congress moving and in some cases grinding who he sees fit.

Robin Wright matches Spacey’s chops, playing the political wife, Claire, the head of a DC non-profit. Wright’s character is a study in under acting creating a duality that leaves  it hard to decipher whether or not she is a hero behind the scenes of a powerful man or an evil puppeteer controlling her spouse.

United they form one of those detached, perfect window dressing types familiar found in Fincher’s films. All together smart and crafty folk with an air of suspicious whose blood pumps with equal parts rage and ambition.

his is a series that appears completely willing to flip the political beast on its back and slice right into its underbelly.

Now the trick will be whether or not the audience is willing to cheer the bad guys as the series advances.