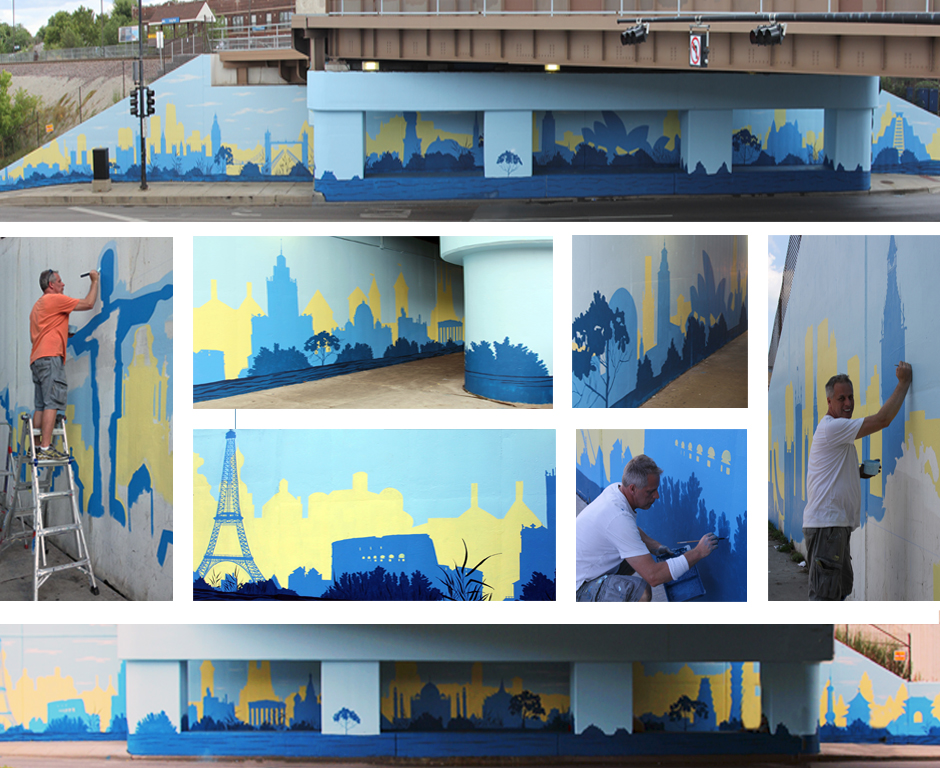 There are 70 landmarks and iconic structures from various nations through out the world represented in the mural.

The blue in the sky of the mural was selected to represent the color of the Chicago flag.

The north walls measures 185 feet and the south wall measures 135 feet for a total wall dimension of 320 feet.

The support pillars are 100 feet each and both sides have been painted adding another 400 feet to the mural.